My Exchange Student Experience, by Alicia Franco from Valladolid.

Being an exchange student is one of the most exciting experiences that one can ever live as a teenager. 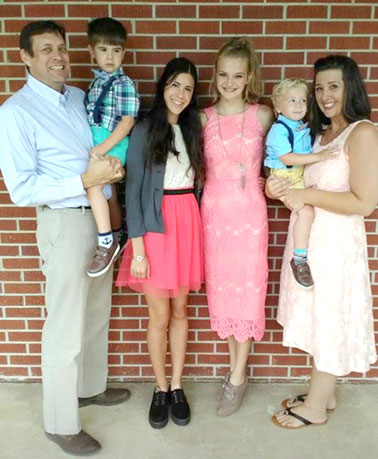 Last year I asked my parents if I could be an exchange student in America. As soon as I said that, we started looking for programs because they always wanted me to experience other cultures that they did not have the opportunity to experience when they were teenagers. I have always been insecure about traveling alone, but it was the only year that I could do it, so we signed onto a program call ICES that sends exchange students to the United States.

I completed a lot of paperwork about myself so a family from the USA would, hopefully, select me. By the end of July 2016, I received an e-mail that a family from Louisiana with two little kids and a teenaged daughter was going to host me during my American Experience. It was then that I realized how close I was to saying goodbye to my family and friends in Spain for a year, but at the same time close to living an incredible year in the USA. My main goals of being abroad for ten months in the United States were learning more English, the experience, and the challenge.

In my Spanish School, I started learning Basic English in first grade. In third grade, my brother, who is two years younger than me, and I started learning more English with a teacher after school. The fact that my parents did not have the opportunity to learn new languages when they were in school, makes them want us to learn languages with the purpose of finding a job easily and traveling anywhere without having to worry about the language. In tenth grade, I started going to more difficult English classes. It was then that I realized that the best way to learn the real English is going to a country where the people speak the language. 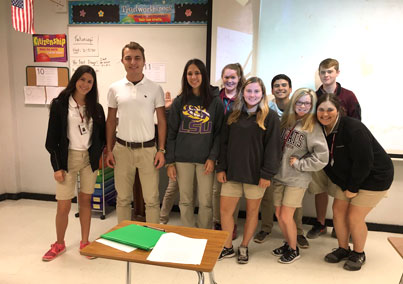 I love getting to know new cultures, which is another reason why I wanted to come to the United States. My experience in particular has been different than anyone else’s. Four days after I arrived in Louisiana, I started school on Thursday, and honestly, it was not the day best day of my life, but my host mom bought me cheese sticks from Sonic, that I have to say I love, (We do not have Sonic in Spain), to make my day better. The next day when I woke up for school my host sister told me that we did not have school because it was raining too much. We were excited about not having school until we started having to move furniture upstairs because they thought the house was going to flood around three feet. At midnight, I fell asleep upstairs while my host family was still picking up as the water rose.

The next morning, my host parents woke me up at eight in the morning telling me to pack up some clothes because the house was flooding. At that point, I had no idea of what was really going on, so I packed thinking that I was going to go to school the next Monday. I finished packing in about five minutes because we did not have more time, and when I went to the stairs I saw the water almost in the second floor. We had to crawl through the window in the roof into a boat. We went by boat to their church, the closest, dry place that they could think of that is two minutes by car. I was in shock and crying the whole way to the church. When we arrived at the church, I called my family in Spain, but they could not imagine how much water was in the house. Two hours later, the water started coming into the church too; therefore, we had to leave the church and ride another boat that brought us to a zone where there was no water, and a bus brought us to my American school, Central High School. They were using the school as a shelter for people who flooded. One hour later some friends of my host family picked us up and let us stay at their house for a few days. For three days we could not go anywhere because a lot of supermarkets, roads, houses, and so on were underwater. Four days after the house flooded, we were able to go to the house. They confirmed that the upstairs of the house did not flood, which was where I had all my belongings. That day they confirmed that there were nine feet of water in the house.

That same day, I packed all my things and went to live with my host sister’s mother for a month, until school started. During that month we created a strong relationship. When school started again, my host family and I moved to their parent’s home for a while. Two weeks later, we moved into a FEMA trailer, where we stayed for four months. While we stayed there, they fixed a rent house that they owned, which also flooded with five feet of water.

After three months in a FEMA trailer, we all got tired of the small place, so my host family decided to move to the rent house for Christmas. During that time I experienced the American tradition of thanksgiving by eating turkey in Mississippi with all their family. I also experienced Christmas in America. Despite everything that happened with the flood, my host family made sure I had a good time. I went to New Orleans to see the Christmas lights and to Mississippi to celebrate Christmas too; I had a lot of presents. 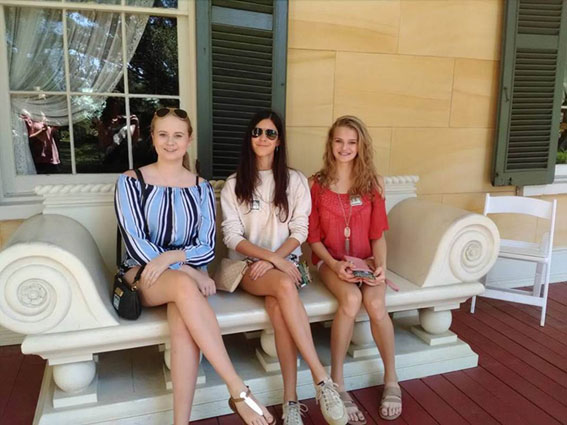 During February, I went to Disney World for three days. Because my host sister is a Cheerleader and her national championship was in Disney World, my host family brought me there. It was a dream come true. I spent my first day in Magic Kingdom. It was literally magic. On my second day I went to Disney Hollywood Studios, and on my third and last day, I went to EPCOT where I got to see the re-creation of countries like Mexico, Norway, China, Japan, France, Germany, and the United Kingdom, I liked EPCOT very much, but Magic Kingdom was my favorite park.

Two weeks after Disney World, I experienced Mardi Grass by going to a parade in New Orleans. During Easter break, I went to Mississippi again with my host family’s extended family, which I like because I love being with my family and feel like one more member of their family. I experienced an Easter egg hunt, which I found funny because I had never done that before. During Easter, I also experienced my first crawfish boil, which I loved because they did not make the crawfish spicy since I do not really like spicy food.

My next American experience was prom. I went to a salon to do my makeup and hair for the first time, which made my prom experience even more exciting. After doing my nails, makeup, hair, and dressing up, my prom group and I went to a pretty place to take pictures. After pictures, we went to dinner, and finally after all of that we went to the actual prom where we danced and had fun. That night, I felt like I was in a movie. 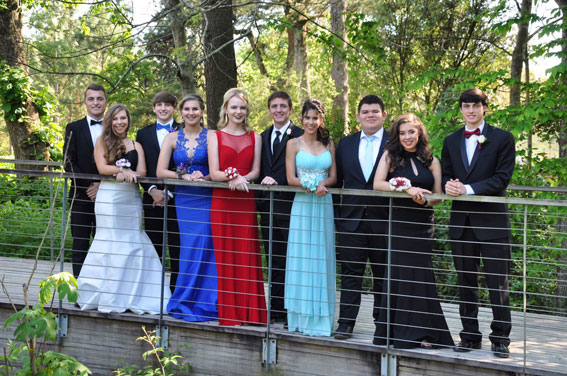 Being part of the track team in my American High School made my experience even better because I met more people, exercised, and had fun. By the end of the school year, the school organized a junior take over where the eleventh graders became seniors. They played crazy games, and had a crawfish boil and snow balls. I can say I enjoyed it. The last experience that I want to share is that frequently, the local exchange program coordinator arranged events with all exchange students from the area, which is where I got to know more cultures. All of these are some of many great American experiences that made my ten months in United States incredible. 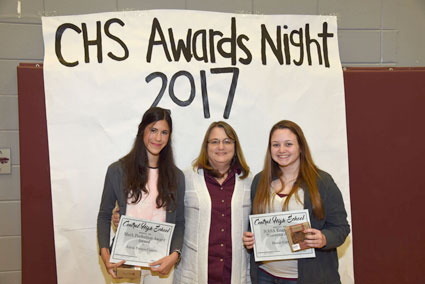 I like to challenge myself and demonstrate to people that I am capable of doing things that are outside my normal comfort zone. That brought me to the third reason why I decided to be an exchange student. I wanted to be independent and see what I am capable of. My first challenge was traveling by plane alone for my first time. I also had to go to a phone store and explain in a foreign language by myself that I needed a new phone number. Another challenge was going to a new school for the first time in another country where I did not know anybody. There were many other things that I had to do by myself without my parents’ help, which caused me to notice how often they support me. I also have to say that my host family helped in a lot of things. Challenges also leads to lessons to learn. The flood gave a lot of things to learn like being thankful of little things that you never notice until you lose them. Being ten months abroad and far from your family also gives a lot of lessons to learn. I learned to enjoy every second of life, because you never know what is next. 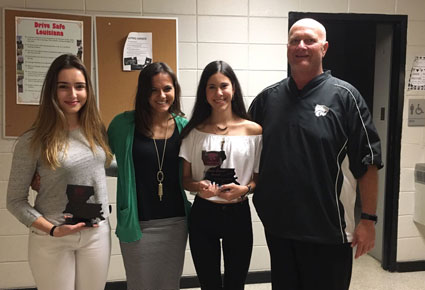 In conclusion, being an exchange student has been awesome because it improved my ability to speak, read, and understand English, because I got to experience the American culture, and because I learned life lessons. After almost ten months, I learned to appreciate every little detail, and how important family is.

I am so happy that I came to the United States and lived this incredible experience that I will never forget.

About the Author: ices